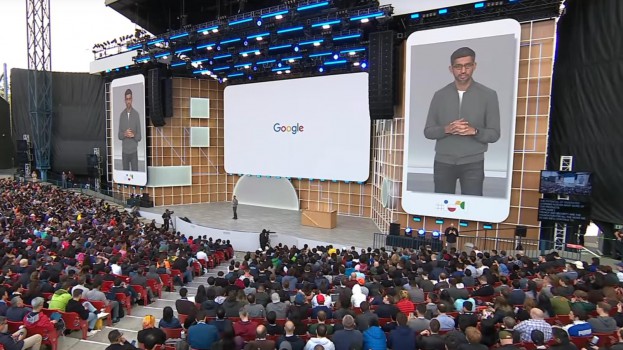 Now that it’s come and passed Google I/O 2019 has left us amped for the coming year.  We got to see some amazing demos covering topics from Augmented Reality to new devices like the Nest Hub Max.  I’m still trying to wrap my head around some of the material, but it’s safe to say we have a good year of development ahead of us all.  Let’s take a look at some of the highlights:

As mentioned just above Google released the Nest Hub Max.  A home assistant with a 10-inch display to welcome you in the morning with your daily routine.  At the keynote we saw some of its incredible features such as facial recognition and motion sensing.  Depending on who the screen sees it will display their own welcome screen with important information.  Along with the personalized assistant and a stunning speaker comes a motion sensor that can pause music at the flick of a wrist. 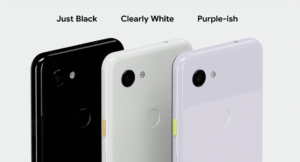 The Nest Hub Max wasn’t the only device dropped at I/O though.  While we technically saw it out a few months ago, the Pixel 3a was officially announced at a starting price of $599. Google’s sales of the Pixel 3 were not quite what they hoped for.  Butt they’re aiming high again with the 3a.  On stage we saw a demo of its camera in low lighting compared to an iPhone X, and the difference was pretty apparent.

Q is in beta 3 right now, but we learned quite a bit about it at I/O.  There was a whole session discussing how gesture recognizers will be replacing the back and home buttons on Android devices.  I’m sure we’ll see a lot of smartphone carriers start to make full screen devices to reflect this change.  Instead of a back-button user’s will slide in from the left side of the screen.   And now to go home user’s will slide up.  It’s somewhat similar to Pie, but removing the back button is a pretty drastic change. 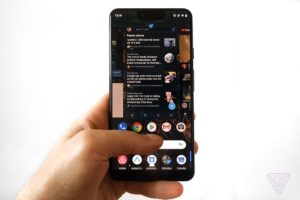 And then from a visual appearance we also have Dark Mode.  You can watch the talk online to see how to prep your app for the new UI changes coming with Q.  Basically, there is another attribute you can add on to your views to account for if a user has selected dark mode.  If so then you can make your app fit two different color scheme flows.  It’s pretty easy on the eyes!

Last year we saw Duplex make its debut on the main stage.  Since then it’s been rolled out to Pixel phones everywhere for use.  Duplex allows the Google assistant to call a restaurant/business on your behalf and talk with a human on the other end.  It will schedule your calendar for you and notify you when an appointment has been successfully made.  Insanely cool.

And now Duplex is going a step further to take care of things on the web.  It will be able to navigate websites for services like car rentals and fill out all of your information for you.  The end result is very similar to what we saw before. But with being able to fill out information online, a human was never contacted on the business side.  We will now be able to have computers interacting with computers and all you have to do is ask you phone to get you a car for next week.

Another amazing feature on the AI side of things is live video being translated to text.  So if you’re hard of hearing or want to watch a video in a quiet place, Google will be able to convert the audio file from a video into text on the screen live for you.

There are a ton of new features that came about in I/O this year.  Too many to count, but we’ll be writing about a lot of them over the next few weeks!  Stay tuned for another post soon about some of the Android development topics that were covered.